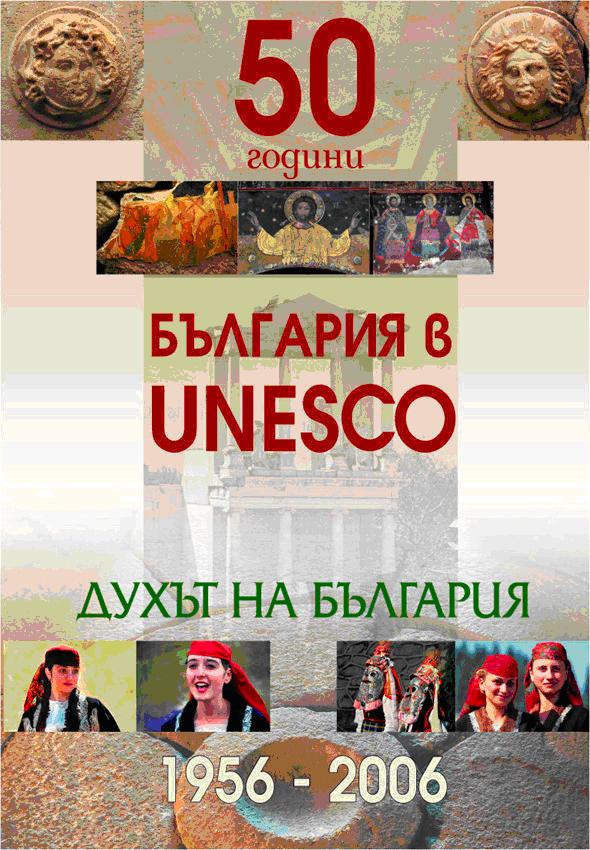 Bulgaria and UNESCO: over 50 years of active collaboration

Having preserved its cultural and national character, re-examined its cultural and historical experience over time and communicated creatively with various cultures, countries and people, the Bulgarian state has always been aware of the intransient role of cultural diversity and international collaboration as essential elements of development.

This belief governs Bulgaria"s consistent policy on dialogue and active co-operation, on the country’s membership in organizations which concentrate the wisdom and efforts of mankind for achieving peace, education, and creativity, and on strengthening humanism, tolerance and dialogue.


Adherence to the idea of public commitment to achieving a stable and peaceful world through education, science and culture - the age-old dream of the greatest human minds - underlined Bulgarian"s decision to join UNESCO on 17 May 1956. Several days later, the Bulgarian National UNESCO Commission was founded.

During this 50-year period, Bulgaria has actively participated in the diverse and manifold activities of the organization, building up its authority as a country striving to intensify and develop multilateral cultural, educational and scientific collaboration and with real potential to implement this ambition.

For five decades this country has participated in all significant UNESCO initiatives, forums and programmes, initiating and organising some of them (the 15th World Congress of Philosophy, Varna, 1973; part of a session of the Executive Board of UNESCO, Varna, 1974; the Conference of Ministers of Education from Europe and North America, Sofia, 1980; the UNESCO General Assembly, Sofia, 1985; a session of the Intergovernmental Committee for the safeguarding of intangible cultural heritage, Sofia, 2008 and others.)

In its belief that culture encourages consent rather than discord, Bulgaria is among the initiators and active participants in a series of Balkan summits organised in collaboration with UNESCO on the subjects of Dialogue Among Civilizations (Ohrid, 2003), Inter-religious and Inter-Ethnic Dialogue (Tirana, 2004), Cultural Corridors in South-East Europe: a Common Past and Shared Heritage and a Key to Future Partnership (Sofia, 2005), Communication of Heritage (Opatja, 2006), Cultural Diversity: A Bridge Between Cultural Heritage and the Culture of the Future (Bucharest, 2007), Intercultural Encounters on Maritime, River and Lake Routes of South-East Europe (Athens, 2008) and Management of Heritage Diversity and Its Promotion for Tourism (Cetinje, 2009).

Political will and high-level dialogue have gradually drawn public attention. In practice, thanks to the efforts of experts and politicians inspired by Bulgaria’s concept of “cultural corridors", a regional space for dialogue and exchange has opened up and politicians have declared their will to safeguard, use and promote the shared tangible and intangible heritage.

The election of Mrs. Irina Bokova as UNESCO"s Director-General was a logical development due to her personal, professional, and intellectual views. At the same time, she not only received the support of two Bulgarian governments, but, importantly, she enhanced the prestige of Bulgaria in UNESCO.

For its part, as a multicultural and tolerant country open to the world, a country with profound traditions in the fields of education, science and culture, Bulgaria is willing to continue actively to promote the ideals and values of UNESCO, the prestigious organization dedicated to the protection of human rights, the tangible and intangible heritage of humanity and cultural diversity, without offending any national values, ways of life and traditions, in the name of the spiritual enlightenment of all peoples. Culture, education and science must lead the agenda of society so as to achieve a better world to live in.