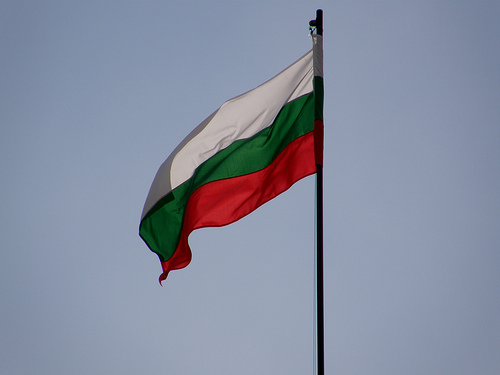 The territory of Bulgaria has been inhabited since the earliest historical times.
Bulgaria’s historical heritage is related to the rich culture of Ancient Thrace. After the fall of the Roman Empire, Bulgarian land was incorporated in the Byzantine Empire.

In the second half of the 7th century, today’s northeastern Bulgaria was inhabited by Proto-Bulgarians. In alliance with the Slavs they formed the Bulgarian State, which was recognised by the Byzantine Empire in 681 AD. Khan Asparouh stood at the head of that state and Pliska was made its capital.

Under Khan Kroum (803-814 AD) Bulgaria bordered with the empire of Charles the Great to the west, and to the east the Bulgarian troops reached the walls of Constantinople, the capital of the Byzantine Empire.

In 864 AD, during the rule of Prince Boris I Michail (852-889 AD), the Bulgarians adopted Christianity as their official religion. This act abolished the ethnic differences between Proto-Bulgarians and Slavs, and started building a unified Bulgarian nation.
In late 9th century the brothers Cyril (Constantine the Philosopher) and Methodius created and disseminated the Cyrillic alphabet. The cities of Ohrid and Pliska, and subsequently the new capital city Veliki Preslav as well, became centres of Bulgarian culture, and of Slavonic culture as well.

The Slavonic alphabet spread to other Slavic countries. Today, it is used in Serbia, Russia, Ukraine, Macedonia and Belarus.
The reign of King Simeon I (893-927 AD) marked the "Golden Age of Bulgarian Culture", and the territory of his state reached the Black Sea and the Aegean Sea.

In 1018, after prolonged wars, Bulgaria was conquered by the Byzantine Empire. From the very first years under Byzantine rule, the Bulgarians started fighting for their freedom. In 1186, the uprising led by two boyars, the brothers Assen and Peter, overthrew the domination of the Byzantine Empire. The Second Bulgarian Kingdom was founded, and Tarnovo became the new capital. After 1186, Bulgaria was initially ruled by Assen, and after that by Peter.

The earlier power of Bulgaria was restored during the reign of their youngest brother, Kaloyan (1197-1207), and during the reign of King Ivan Assen II (1218 -1241) the Second Bulgarian Kingdom reached its greatest upsurge: political hegemony was established in Southeastern Europe, the territory of the country spread to the Black Sea, the Aegean Sea and the Adriatic Sea, the economy and culture developed.

In 1235, the Head of the Bulgarian Church was given the title of Patriarch.

The strife among some of the boyars resulted in the division of Bulgaria into two kingdoms: the kingdoms of Vidin and Tarnovo. This weakened the country and it was conquered by the Ottoman Empire in 1396. For nearly five centuries Bulgaria was under Ottoman domination. The initial years were characterised by sporadic and unorganised attempts to win freedom. Later the appearance of the clandestine fighters, the "haydouts", made the emergence of a well-organised national liberation movement possible.

The start of the organised revolutionary movement for liberation from Ottoman domination is associated with the work of Georgi Sava Rakovski (1821-1867) - writer and journalist, founder and ideologist of the national-liberal liberation movement.

In 1876 the April Uprising broke out - the first significant and organised attempt at liberation from Ottoman domination. The uprising was brutally crushed and drowned in blood, but it drew the attention of the European countries to the Bulgarian national issues.

In 1878, as a result of the Russian-Turkish War of Liberation (1877-1878), the Bulgarian State was restored. The Congress of Berlin (1878) divided the Bulgarian territories into three parts: the Principality of Bulgaria was proclaimed - with Prince Alexander Battemberg at its head, Eastern Rumelia - with a Christian Governor appointed by the Sultan, while Thrace and Macedonia remained under the domination of the Ottoman Empire.

In 1879, the first Constitution of Bulgaria was adopted and it was one of the most democratic at the time.

The decisions of the Congress of Berlin (1878) triggered the Kresna-Razlog Uprising (1878-1879), which in 1885 led to the unification of the Principality of Bulgaria and Eastern Rumelia. The Ilinden-Preobrazhenie Uprising also broke out (1903), striving for the liberation of Macedonia and Ohrid region.

Ferdinand Saxe-Coburg Gotha, Bulgarian Prince since 1887, proclaimed Bulgaria"s independence from Turkey and in 1908 became king of the Bulgarian people. Bulgaria took part in the Balkan War (1912) and fought together with Serbia and Greece for the freedom of Thrace and Macedonia. Bulgaria won that war, but in the subsequent war among the allies (1913) it was defeated by Romania, Turkey and by its earlier allies, who tore from her territories with a Bulgarian population.

The intervention of Bulgaria in World War I on the side of the Central Powers ended in a national catastrophe. The Neuilly Peace Treaty of 1919 imposed severe provisions on Bulgaria: it lost a great part of its lands.
In the early 1940s, Bulgaria led a policy in the interest of Germany and the Axis powers. Later Bulgaria declared war on the USA and the UK, but Bulgarian cavalry units did not fight on the Eastern Front. King Boris III supported the public pressure and did not allow the deportation of about 50,000 Bulgarian Jews.

After the end of World War II, Bulgaria was under the political and economic influence of the Soviet Union. In 1946 Bulgaria was proclaimed a Republic. The Communist party came to powerThe Queen-Mother, King Simeon ²² and Princess Maria-Louisa left Bulgaria for Egypt via Turkey. The Bulgarian Communist Party came to power. The political parties outside the Fatherland Front were banned, the economy and banks were nationalised, the arable land was organised in cooperatives.

The date 10 November 1989 marked the beginning of the democratic changes in Bulgaria. A new Constitution was adopted (1991). Bulgaria chose the way of democratic development and market economy.